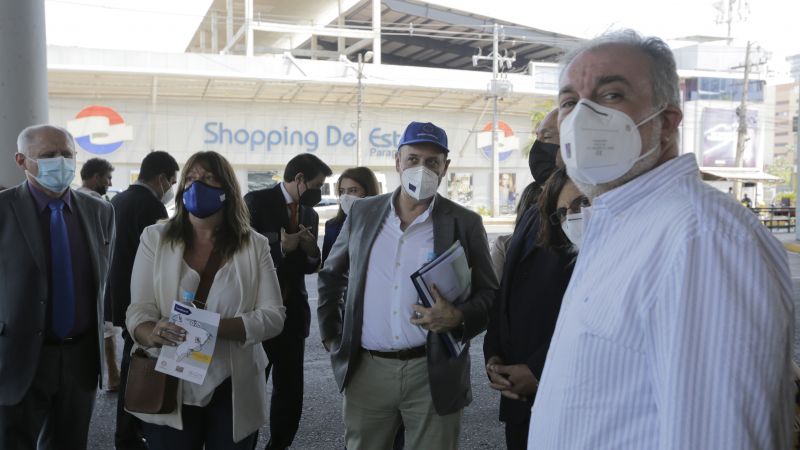 The visit made it possible to re-identify EUROFRONT programme opportunities and challenges in the country, and particularly at the Triple Border, in relation to its two lines of action: integrated border management and the prevention of and fight against the trafficking and smuggling of migrants. The close link between both matters, security and respect for human rights, recalls one of the main conclusions set forth by De la Caballería, who thus emphasised the importance of collaboration between nations and cooperation agencies to achieve common goals: “the more networks to share information, the better the results”.

At the end of the day, the European Union Ambassador in the country, Javier García de Viedma, took stock of the regional situation: “we are facing global problems”, such as cross-border crime, “whose responses must be comprehensive”, such as those proposed by EUROFRONT.

Details of the visit

In Ciudad del Este, the first activity of the day consisted of a meeting at the offices of the General Directorate of Migration of Paraguay, located on the International Bridge of Friendship, together with representatives of the General Directorate of Migration (DGM); the Ministry for Foreign Affairs and the Specialised Unit in the Fight against Trafficking in Persons and Child Sexual Exploitation (UFETESI) of the Public Prosecutor’s Office of Paraguay. 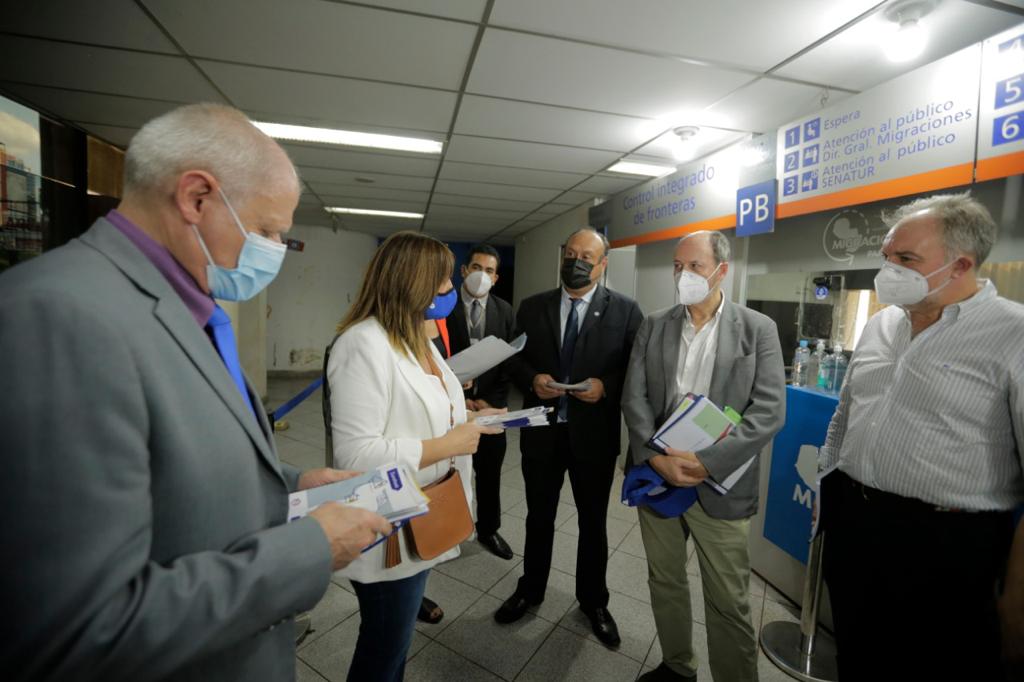 After the meeting with the authorities, the delegation toured the bridge that connects Paraguay and Brazil, to visit the border post and learn about the normal functioning and operations at this crossing. Likewise, representatives of the EUROFRONT Programme delivered informative and prevention material in Spanish and Guarani to DGM staff. Subsequently, the EUROFRONT technical team and the European Union authorities held a technical meeting with the national representatives associated with the programme in order to exchange experiences, challenges and details of the actions being carried out in Paraguay.

During the tour of the bridge that connects Ciudad del Este with Foz de Iguazú, De la Caballería reaffirmed EUROFRONT's approach: "This programme is based on our European experience and it is this expertise, which has worked for us within our borders and abroad, that enables us to offer: good practices and progress along the path of cooperation."

Next, Favio Espinoza, the DGM Director of Migratory Movement, shared Paraguay's position regarding the Programme: "We are working in coordination with EUROFRONT to address the problems that afflict the region, particularly on this border, always coordinating with the different institutions and security agencies to adjust and create new control systems for the early detection of human trafficking." 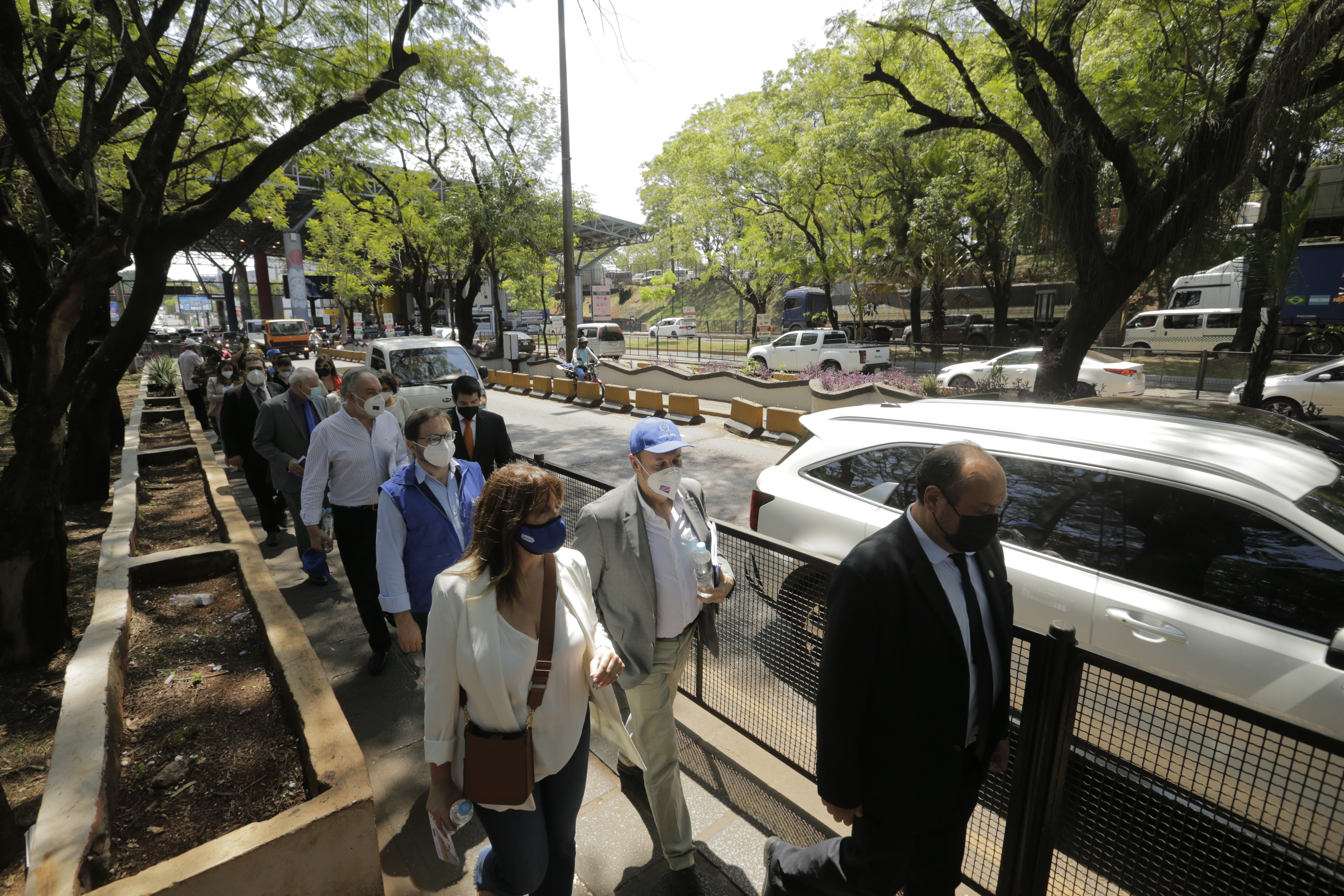 Laura Estomba, IOM Argentina Protection Specialist and Director of EUROFRONT Component II, summed up the purpose of this visit as follows: “The objective of this visit was to learn about the daily work at the border post and its management at this specific crossing, and to be able to facilitate a space for questions and the exchange of ideas and needs this country has in relation to border management and the fight against the trafficking and smuggling of migrants.” In turn, from the Public Prosecutor’s Office they underlined the dissemination of prevention messages at border points within the framework of World Trafficking Day, on 30 July.

For his part, Miguel Cascajo, representing Component I of EUROFRONT, described Jorge de la Caballería's visit as "a valuable opportunity to once again highlight EUROFRONT's will to strengthen international cooperation as a fundamental mechanism for combating cross-border crime at the Triple Border, within the framework of respect for human rights. “In this search for a real guarantee of security in transboundary movement”, he added, “coordinated work between countries that coincide on the border is essential”. 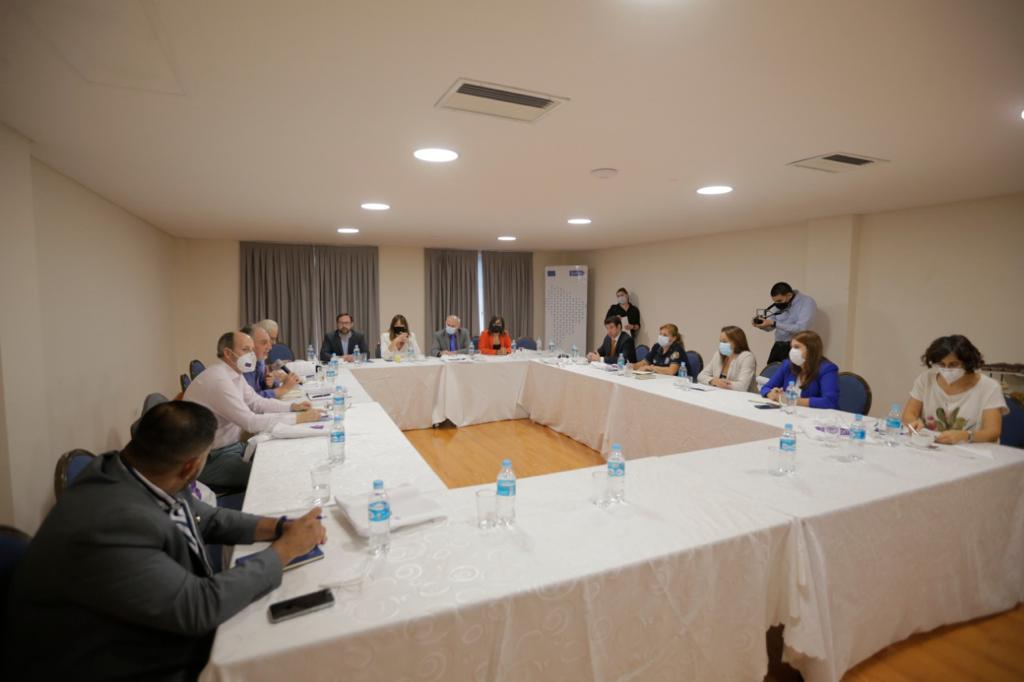 In short, the meetings held made it possible to show the cooperation and joint coordination of the European Programme with the government of Paraguay. In the words of its organisers, EUROFRONT will continue to promote accompaniment, dialogue and constant collaboration with national authorities, with the aim of adequately responding to their border management priorities.

The delegation that accompanied Mr De la Caballería was made up of Mr Javier García de Viedma, Ambassador; José María Cueto Álvarez de Sotomayor, Cooperation Attaché and Diana García Alcubilla, Deputy Head of Cooperation for the EU Delegation in Paraguay. Participating on behalf of the EUROFRONT programme were Laura Estomba, Protection Specialist of IOM Argentina and Director of Component II, and Miguel Cascajo, main expert of pillars 2 and 3 of Component I. Participating on behalf of IOM Paraguay was Pablo Cuevas, head of mission.