The Triple Frontier, before and after the border closures, through the eyes of Catia Marinangeli

The Triple Frontier is the main border of South America in terms of population, movement of people and international relations. Located at the point where Paraguay, Argentina and Brazil meet, this three-way border is also on one of the most important tourist routes in the subcontinent. These characteristics accentuate the complexity of border management for the three countries involved while also increasing the need for crime prevention. How has this situation evolved in the last year within the context of the pandemic? To answer this question, on behalf of the Instituto Italo - Latino Americano – IILA, in collaboration with FIIAPP and IOM, we asked Catia Marinangeli, a EUFOFRONT expert who is stationed at the border. 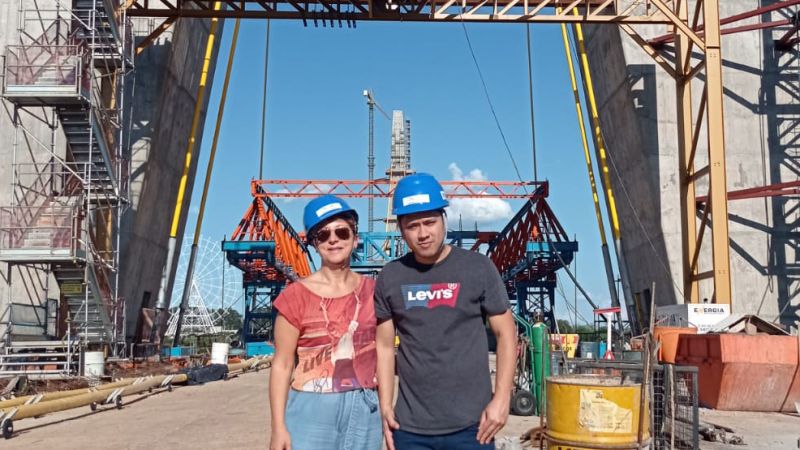 Marinangeli is an Inspector in the Border Police in Italy. In July 2021 she began what was her first mission within the framework of this programme. On that occasion, she visited the border posts located in Brazil at Foz de Iguazú and Paraguay at Ciudad del Este.  In November, she returned to both places and made her first visit to the Argentinian post at Puerto de Iguazú, thus completing her first border assessment for EUROFRONT. Here she describes the Triple Frontier between the months of July and November 2021:

The testimony of Catia Marinangeli, 8 December 2021

There is an expression in Spanish that everyone knows: mi casa es tu casa – “my house is your house”. Only when you arrive at the Puente de la Amistad – the “Friendship Bridge” – which marks the border between Paraguay and Brazil can you fully understand the meaning of this expression.

In fact, the first thing you see when you arrive in Brazil from this point is a spray-painted inscription that reads: “We were born from different mothers, but here we are all brothers.” The phrase is written in the three languages used here: Spanish, Brazilian and Guarani, the language of the original population in this border region, an official language in Paraguay and which is still spoken by the majority of the population residing in the Triple Frontier area.

This phrase explains what borders represent in South America – a point of inclusion and not a barrier used to prohibit access to outsiders. I am convinced that EUROFRONT’s task is to optimise border controls, making them more flexible and increasing their degree of security, with full respect for South American thinking. 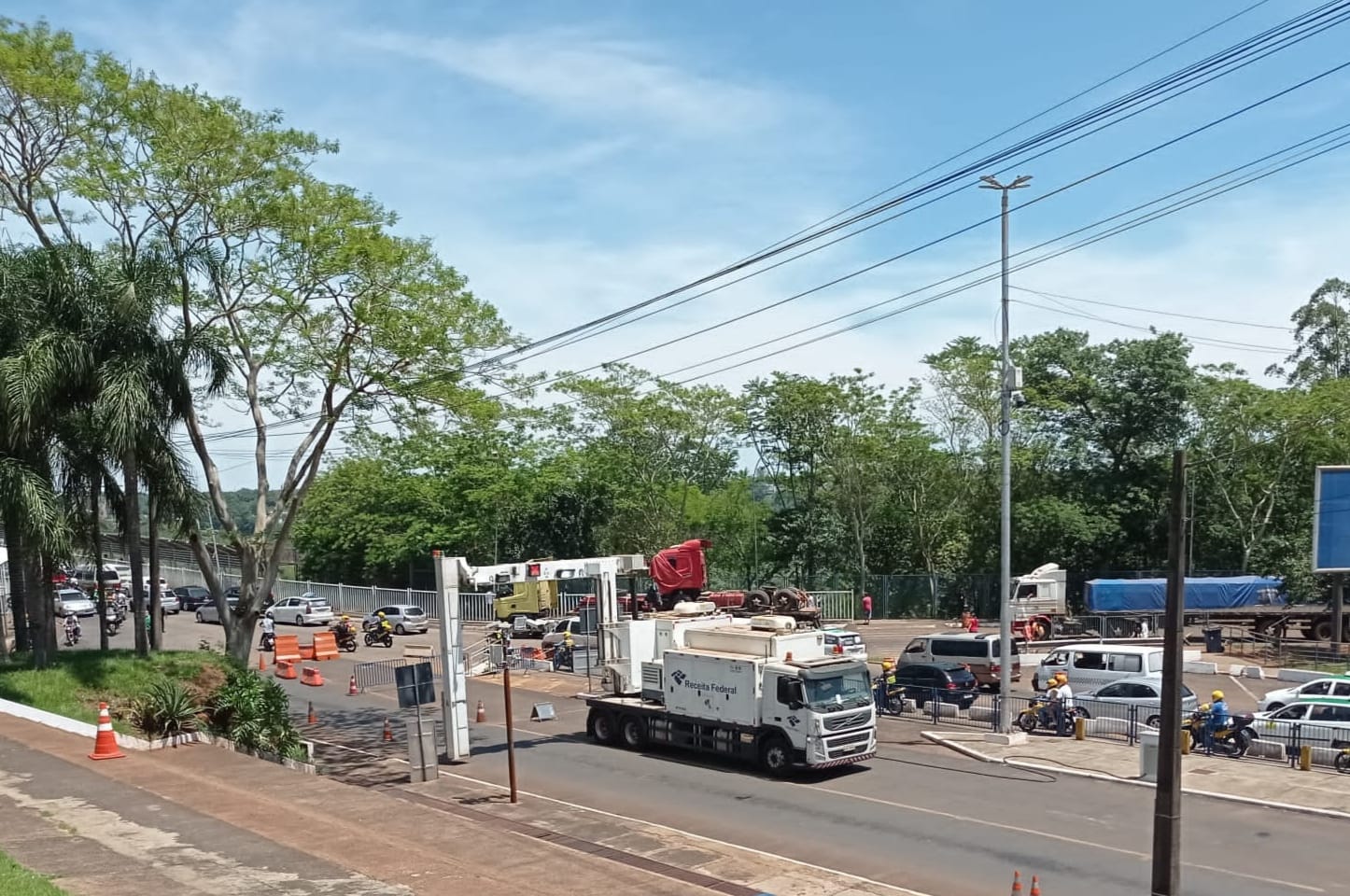 The scene that I witnessed during the first visit was completely different from the one found in the second. At the end of July, the Paraguay-Brazil border was slowly resuming its routine activities, with a limited passage of people caused by the current regulations implemented to contain the virus, while the border between Brazil and Argentina was completely closed. Now that the three border points are open, activity has resumed with even more vigour than before, although the foreign tourism component is still missing.

Clearly, as in all border posts around the world, the recovery has been particularly difficult for those who work there. The difficulty of resuming a normal rhythm after more than a year of inactivity has been added to the burden of monitoring compliance with the planned health protocols, different for each state and in constant change proportional to the easing off of the pandemic. 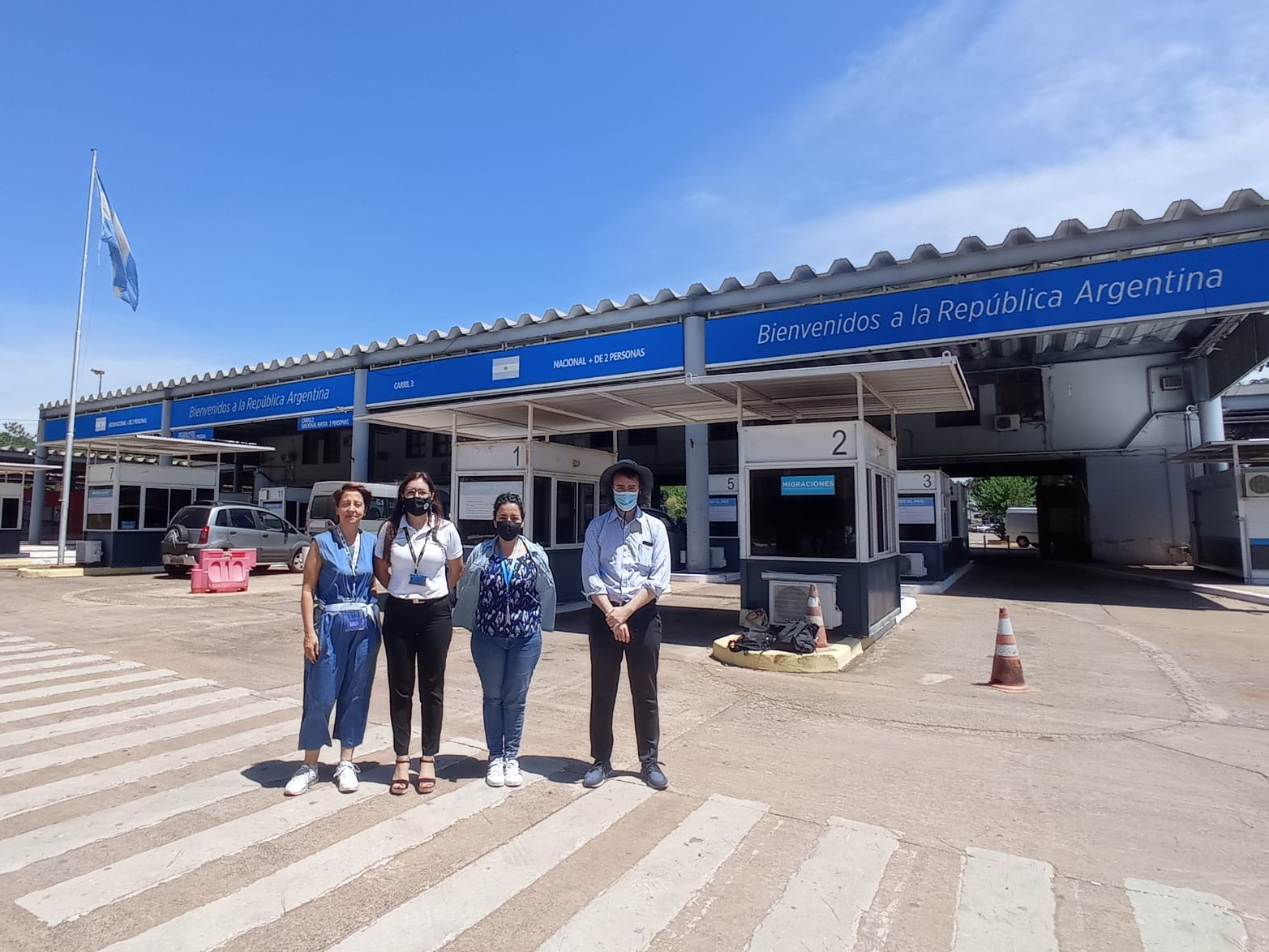 Although the new system of controls means greater responsibility and more work, colleagues working at the border have willingly accepted it, knowing that this is the way to return to normality and help people feel part of community life.

For me, the place that has been and will forever be the symbol of post-Covid recovery is the Tancredo Neves Bridge which connects Brazil and Argentina. In August, with assistance from the Brazilian authorities, a visit to the border halfway across the bridge was organised. As it was closed, the only noise to be heard was that of the river water that flows below.

This time it was totally different, everything was a swarm of cars and people crossing the border, a riot of noise and colours. It no longer seemed to be in a forgotten corner in the middle of the forest but rather in a lively place populated by people with a strong desire to return to normal.

Challenges of the EUROFRONT programme in the Triple Border area

The Medium-Term Expert, a role that Catia Marinangeli currently occupies for EUROFRONT, is an essential figure for this programme, as it allows direct, regular contact to be maintained with the authorities who work on a daily basis at the pilot borders. These visits or technical missions make it possible to constantly observe the situation at the border, which in turn allows problems that may arise in due time to be identified and mutual trust and esteem to be strengthened.

As living spaces, borders change in lockstep with the social context. That is why, in a pandemic, the challenges described by Catia Marinangeli are added to the usual aims of the EUROFRONT programme. This means knowing how to interpret the new normal in order to continue working diligently on comprehensive border management and in the fight against crimes such as human trafficking and migrant smuggling. The ultimate goal remains the same – to contribute to security, improved respect for and protection of human rights and economic and social development at a national and regional level throughout Latin America.