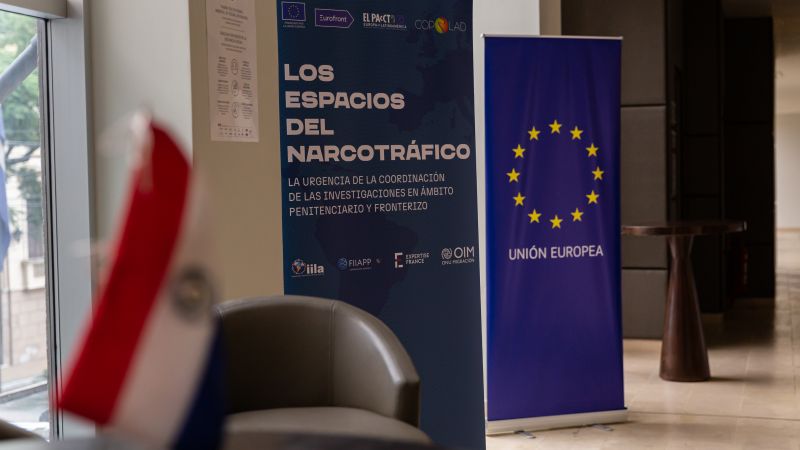 After the meeting, Cecilia Pérez, Ministerial Advisor on Security of the Office of the Presidency of the Republic of Paraguay, expressed the urgent need to cooperate to prevent crimes against the population, condemning the recent murder of Paraguayan lawyer and prosecutor Marcelo Pecci: “We must all come together to ensure that the murder of a person as courageous and committed to Paraguay, Latin America and the world as a whole as Marcelo Pecci was never happens again. It is of vital importance we work in international coordination to counteract the globalisation of organised crime”.

The technical-operational seminar was attended by 61 people, including magistrates, senior border police officers and representatives of migration policies and correctional systems from Argentina, Brazil, Colombia, Ecuador, Spain, France, Italy, Paraguay, Peru, Bolivia, Chile, Costa Rica, Panama, Mexico and Uruguay. The objective was to share the challenges faced by the three participating cooperation programmes: EUROFRONT, which seeks to improve security and development in Latin America through the comprehensive management of its borders; EL PAcCTO, focused on the fight against organised crime, and COPOLAD III, which promotes regional drug enforcement policies.

Recommendations on international cooperation and coordination

Experts in prison intelligence, border and migration management and the members of the Ibero-American Network of Anti-Drug Prosecutors (RFAI) previously met in homogeneous working groups and, later, in mixed groups. During these sessions, they addressed the investigations carried out at land borders and information from prison intelligence by carrying out an in-depth analysis of the strategies, methodologies and tools for fighting drug trafficking that each of them deploys in their own field, and finally elaborating a series of operational recommendations on international cooperation and inter-institutional coordination.

These regulatory and operational recommendations are currently being worked on in depth by the respective teams. They include adapting the legal framework to the fight against transnational organised crime, defining and taking action against some crimes that allow drug traffickers to continue committing crimes from prison, integrating prison intelligence into centralised regional intelligence systems, and identifying the critical borders at which to activate joint investigation teams. 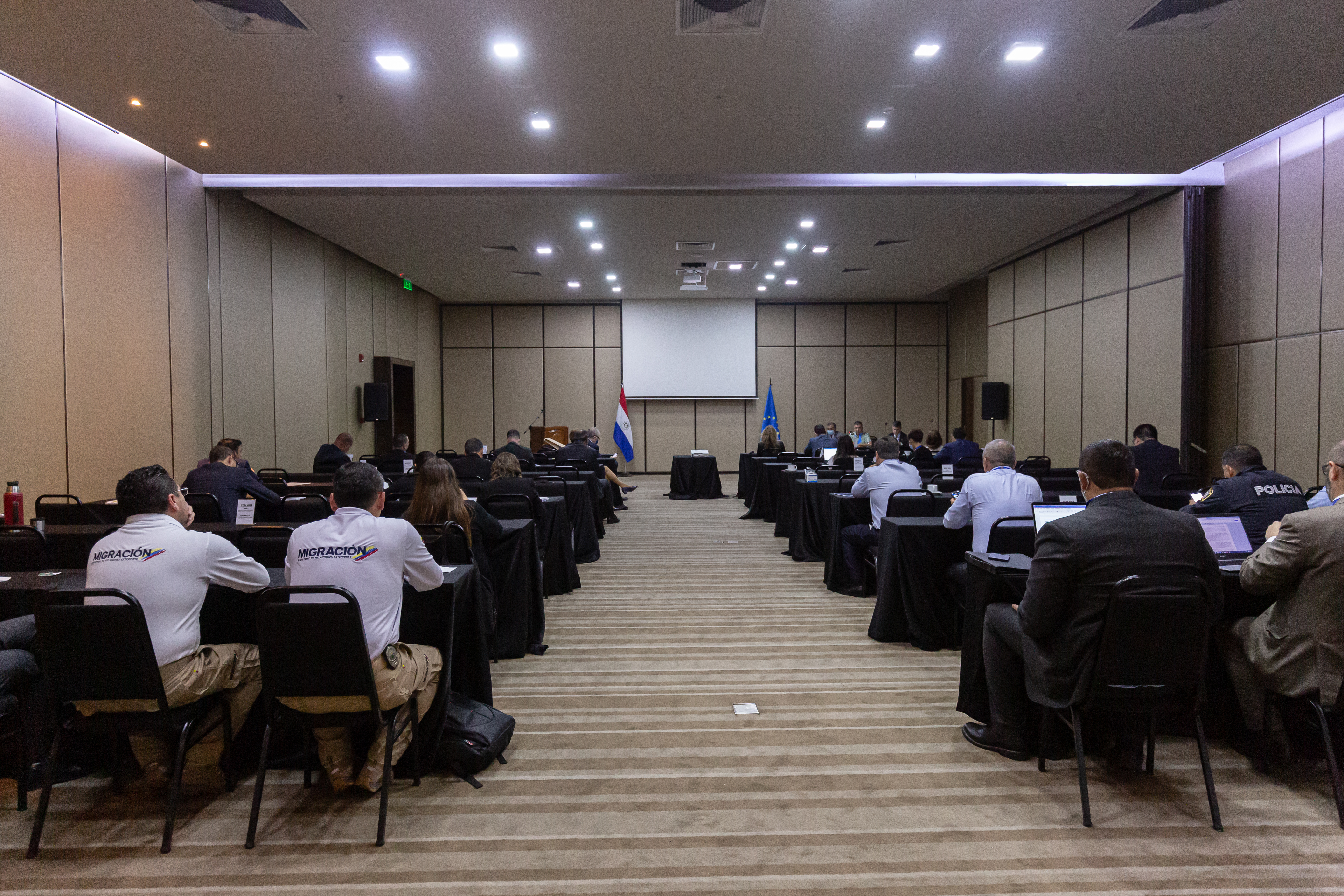 “As for the future implementation of our actions" - concluded Eufemia Esposito, Head of the State Police of the Italian Ministry of the Interior - "I think it is extremely important to focus our efforts on a number of key concepts such as effective multilateralism and an inter-institutional approach to security issues”. He also reminded those present of the need to adapt to the new context: “we are no longer dealing with common crime, there has been a qualitative leap, an impressive acceleration also caused by the pandemic. Crime takes full advantage of all the cybernetic and technological tools”.

This seminar also marked the inauguration of a series of regional legal diplomacy and aid-related events that took place during the same week in Asunción, including a meeting between the EUROFRONT team and representatives of MERCOSUR partner and associate countries via the pro tempore presidency of Paraguay. In addition to the set of activities promoted by the European Union programmes and co-organised by the countries of Latin America, this high-level meeting establishes a common institutional space for the effective fight against drug trafficking.